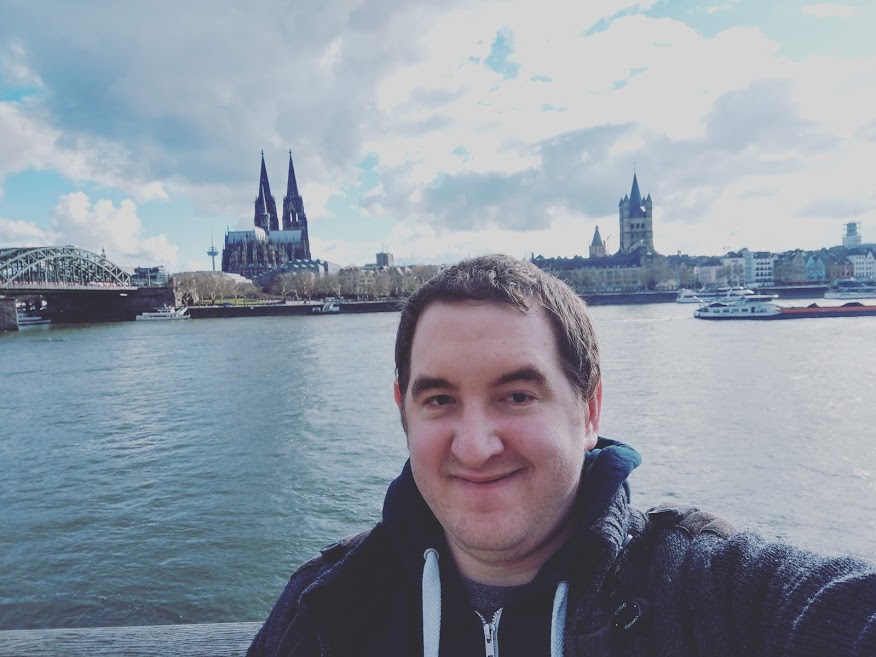 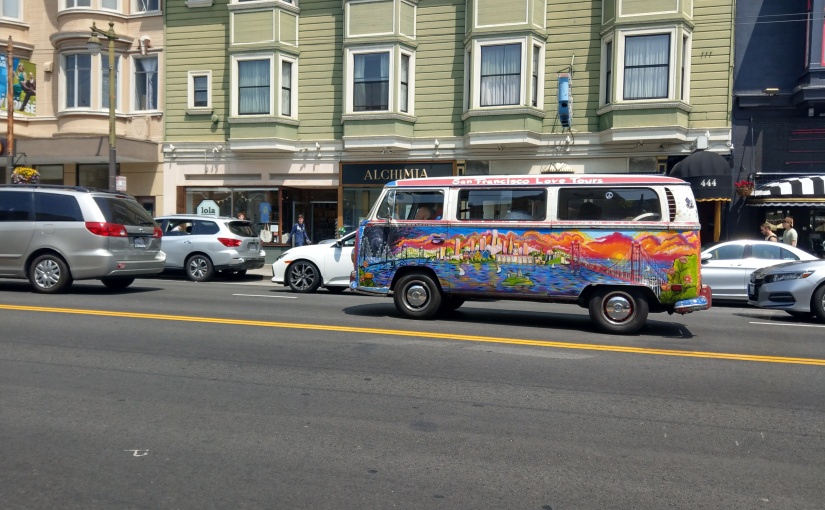 Welcome back my dear readers! Last time out on the blog I was writing about the start of mine and Haleigh’s time in San Francisco and so on to the next part of the story!

For those of you only just stumbling upon this series, we’re three weeks in to a 30 day trip back in the summer of 2018. I’d flown over to the US for a friend’s wedding, which fell two days before my 30th birthday, so went all out to celebrate with a big trip!

One of the places I was determined to visit on this trip was San Francisco! That said, I didn’t go with a huge list of things I wanted to see or do in San Fran. Me and Haleigh were largely winging it and with the exception of a few obvious points of interest, didn’t actually have much planned for our stay in the city.

Keeping that in mind, we woke up and didn’t really have much of a plan for our day. We’d already seen the Golden Gate bridge, Pier 39, Fisherman’s Wharf and Ghiradelli Square. Meanwhile we had plans to visit Alcatraz tomorrow so had a lot of the first-time-visit stuff ticked off.

After a slow and relaxing start to our morning we left our AirBnB and made our way in to downtown San Francisco once again. We kicked off our day by visiting Chinatown – supposedly the oldest in North America and the largest such enclave outside of Asia which is pretty cool!

Given its popularity, I have to say it didn’t feel anywhere near as touristy as London’s own Chinatown. We wandered up and down the streets, snapping photos along the way whilst admiring all of the decorations hanging above our heads. 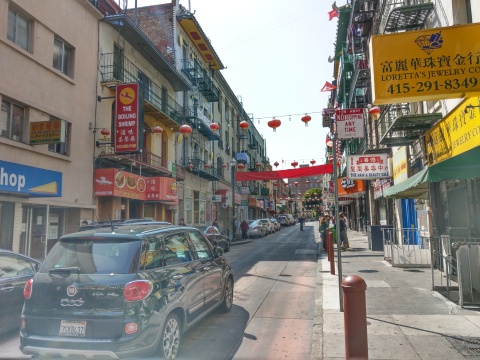 Chinatown quickly morphs in to San Francisco’s ‘Little Italy’. On the outskirts of both there was this little bookstore I’d read about that I thought Haleigh would enjoy visiting. It was no Powell’s Books and I wouldn’t say it was worthwhile going particularly out of your way for but it was a nice little detour. Haleigh surprisingly escaped without buying anything which was some achievement!

The slow and relaxed start to our morning had set the tone for the rest of the day. There was no rushing around today, we just embraced being in San Francisco and explored at a much slower pace than you sometimes do when traveling. So it was conveniently lunchtime by the time we’d stumbled upon Little Italy.

Little Italy seemed as good a place as any to think about grabbing some lunch! There’s a few places to eat along the main street but we passed this historic and authentic-feeling Italian restaurant which seemed like the best option – our Italian host definitely added a dash of authenticity which was enough to tempt us inside.

It was a really enjoyable lunch and the service was really good too, it was a great choice for lunch. Rather than grab dessert here, we figured we’d try out a dessert place that we could see across the street.

We grabbed some gelato and then found ourselves a table outside to enjoy the glorious sunshine. A few moments later this funky looking van drove by and I was really beginning to feel like we were in California. 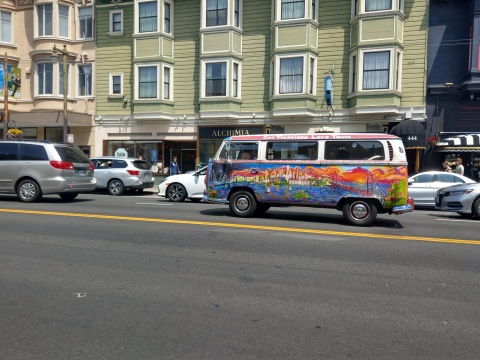 It’s home to botanical gardens, Japanese gardens, museums, windmills and so much more. You could easily spend an entire day trying to see everything the park has to offer. We had a bit of a wander before finding ourselves a patch of grass to sit down, relax and soak up the atmosphere.

This was Saturday afternoon in California in the height of the summer – it was inevitably busy with people enjoying picnics, kids riding bicycles, dogs running around. There was such a feel-good mood around us and it was impossible to not get swept away by it. Me and Haleigh spent an age chatting and people-watching. Why would you want to be anywhere else on a day like this? It was bliss.

Much like the beach spot from the previous day, and Central Park too for that matter, I could see myself spending many a day at Golden Gate Park if I was a local. Nevertheless we dragged ourselves away and caught the bus back towards the downtown area.

We passed the famous ‘Painted Ladies’ before stopping off around the city hall for a look around. We grabbed a few photos but, aside from a couple of outdoor exhibits from the Asian Art museum on the other side of the square, there wasn’t too much in the area. 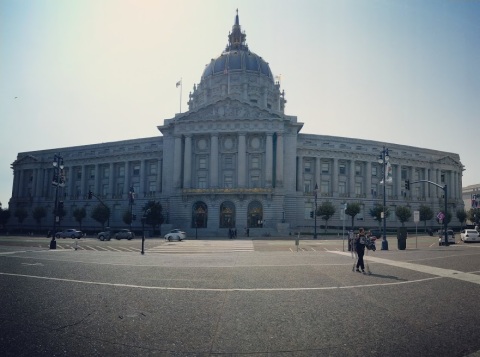 It had been a pretty relaxed day all around. We headed back to our AirBnB for a bit before making dinner plans. We decided to check out San Fran’s ‘Cheesecake Factory’ which was a first for me.

I don’t know what I really expected but they’re seemingly really popular! We had to wait a little while before getting a table, which wasn’t so bad because they had an outside balcony overlooking Union Square and allowed us to enjoy the view.

Eventually we were taken to a table and I got to see why the Cheesecake Factory was so popular. Despite the misleading name, the menu is a fussy eater’s dream! I think they have just about everything you can think of on their menu – it was overloaded with choices. We had a nice evening, although didn’t have the dessert we wanted so we skipped out on that and called it a night.

We made our way back to our AirBnB and watched a little Netflix. Overall it was a much slower-paced day but still a thoroughly enjoyable one and we’d covered a lot of the San Francisco area in our two days. There was just one last “must see” left on our itinerary – Alcatraz!

More on that next time around! Stay tuned!