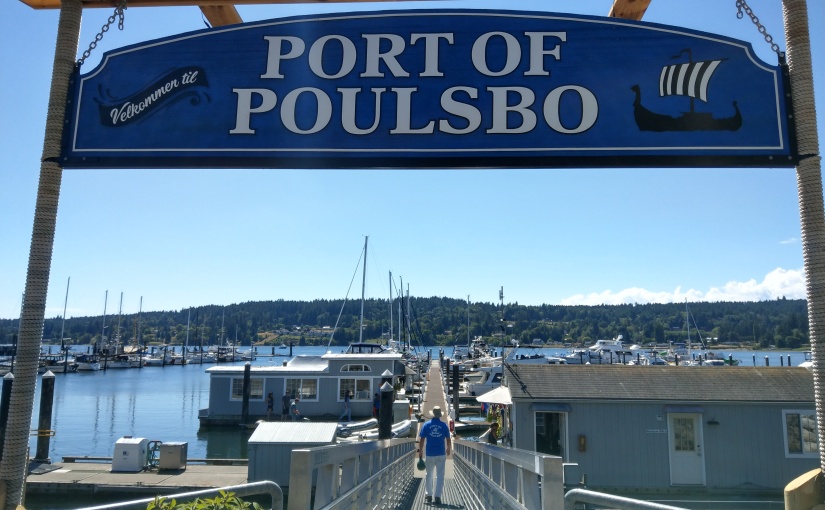 Welcome back my dear readers, I hope you’re keeping up! I appreciate it has been quite the whirlwind start to this trip. Here we are at day eight and I’m already in my fourth state of this trip! I promise this pattern will change and the next three weeks will all be in the same region at least and only consisting of three states!

Firstly, let me catch some of you up as you might not know anything about this trip! Back in the summer of 2018 I decided to celebrate my 30th birthday by spending 30 days in the USA. That was just one motivation of course because realistically I could have spent my 30th birthday anywhere in the world. Why the USA you might ask?

Well my friend Maddie had invited me to come over for her wedding in Washington State and there was no way I was going to miss it! So I planned out a HUGE trip to celebrate properly.

Only a week ago I’d woken up in London and yet I’d already been to Chicago, Minneapolis and New Orleans. I’ll put links at the bottom of this post for anyone wanting to catch up, however back to the ‘present’.

After a late night flight in to Seattle, I woke up in day eight back on the beautiful West Coast, alongside my girlfriend (at the time, now fiance!) Haleigh who I’d finally been reunited with. The next few weeks would see us spend time together in Washington, Oregon and California but it was inevitably in Washington that our adventure began.

The funny thing is this was intended to be my first trip to Washington. When I first decided this trip was happening I figured I’d spend a little time in Seattle but that was on the assumption it would be my first time on the West coast.

It just so happens that this was my third visit to Washington as I couldn’t wait until the wedding to meet Maddie, Cassie and Haleigh properly. Consequently I’d already spent a little time in Seattle on the previous two visits and it wasn’t a priority this time around. So I’d arrived in to Washington fairly close to the actual date of the wedding. Unless things went disastrously, I knew I’d be back in this state many times in the future anyway.

We were planning on leaving Seattle straight away and driving a little further West. First things first, we needed breakfast and opted to visit an iHop (International House of Pancakes for anyone that doesn’t know) near our hotel. It was a great place to start our day, and indeed our adventure, as we filled up on pancakes!

Feeling sufficiently fed we hopped back in the car and drove over to a small town called Poulsbo, which is on the other side of the water and to the West of Seattle. As ever, it was a scenic drive through Washington. The state is known as the ‘evergreen’ state and it sure looked it with blue skies and greenery in every direction.

Eventually we’d arrived and parked up at our hotel. I wasn’t sure if we’d be able to check in early or not but we thought we’d try our luck and to our delight they were able to check us straight in!

From there we went our seperate ways. After waiting six months to be reunited, me and Haleigh were saying our goodbyes. Haleigh had been asked to join the wedding party for some last minute bits and pieces that needed doing. The invitation had been extended to me too but I didn’t want to intrude on the girl’s fun and took it as an opportunity to familiarise myself with the town and also enjoy some more ‘me time’.

I’d spent the first week ‘solo’ to an extent but I’d met up with Kayla in Minneapolis, made new friends in Minneapolis and then seen Andy, Rox and Crystal in New Orleans so only the short time in Chicago had truly been solo. I knew there wasn’t going to be much solo time over the next three weeks either so embraced a day by myself.

I didn’t know anything about Poulsbo before this trip. It’s not somewhere I’d ever heard of and I imagine few, if any, readers have heard of it either. It really is a small town on the West coast, it’s picturesque though. The town is sat by the water and is a beautiful looking place.

I wandered towards the heart of the town and on route passed this cool-looking brewery.

“Oh, I see how it is Jason. You get one day to yourself and spend the afternoon drinking!”

Admittedly day eight is going to read a little bit like that but that hadn’t been my intention when I set off. I kept walking past the brewery.

No, I genuinely kept walking past it. I turned back at least once in temptation. Do I? Don’t I? It’s a gorgeous warm sunny day, perfect weather for a Saturday lunchtime beer.

I couldn’t resist the temptation! So my first stop in Pouslbo was this adorable brewery. It was still pretty empty, I guess the locals have a little more willpower and weren’t drawn in by its lure that had a hold of me. The only other people were a scattering of women with a baby sat at the bar – I guess they start drinking at an early age in these parts!

I do love trying local beers when traveling so decided to get myself a ‘flight’ and taste a few different beers before getting back to actually exploring. It was a great place with great beers and kick-started life on the West coast in the perfect way.

Not wanting to spend all afternoon there (shocked?), I ventured back outside and set off to see what else this little town had to offer. It’s a charming little place. I arrived at what appeared to be the main street in the town and was greeted with beautiful colourful buildings all the way along.

Most of them were a shop or little restaurant of some sort. One of the oddest things I saw along this street however was a red telephone box. How many beers had I actually had? How far have I actually ended up walking?

I don’t know the history, nor reasons, why it’s there but it left me feeling a little more at home in this unknown place. I wandered down towards the harbour and it’s absolutely gorgeous. Just to my right I could see a small little canopy and what appeared to be a wedding party all gathered, seemingly this was the place to be this weekend!

I had a stroll along the waterfront, grabbed a few photos and just gazed out in to the harbour. If you were to look at a map you’d see Poulsbo isn’t actually that far from Seattle but the big city felt a million miles away here. It was a sunny Saturday afternoon so there was life in this town but there was also a peacefulness and I felt bliss. In that moment I couldn’t imagine wanting to be anywhere else.

After a little day-dreaming I wandered back up towards the main street of the town and had a further look around. There were a couple of cool murals in town which quickly caught my eye.

A number of people were out visiting the little stores, with not a known-brand in sight, and I poked my head in to one or two of the places too.

Eventually I stumbled upon this really small maritime museum. It’s probably one of the smallest museums I’ve ever visited to be honest but it was still nice to have a quick look around and discover a little more about the history of the place.

Following on from a quick museum visit I figured I’d go grab a late lunch. I wandered back down to the waterfront and found a quirky pub with views of the port and all of its boats. It was a nice spot and had a friendly atmosphere, I’m sure it’s popular with the locals (and tourists).

I’d covered most of the things to do in the town. There was another museum in town but it was only open until 4pm and I wasn’t sure I’d really have enough time to look around and enjoy it. There wasn’t anything else of note to do, it really is a small place, so I rounded off my afternoon with another brewery visit.

Oddly enough there are a lot of breweries in Poulsbo. I joked earlier that the baby meant they start young here but given the number of breweries in town there might actually be some truth to that. A quick Google search suggests there’s four independent breweries within a two mile radius, the population of the town is roughly 10,000!

Poulsbo doesn’t need four breweries, which excludes the various other pubs and restaurants in the area. Nevertheless, who am I to complain? I popped in to the ‘Slippery Pig’ and ordered myself a beer or two.

I didn’t want to get too drunk and figured Haleigh would probably be heading back soon anyway so stopped after a couple and wandered back uphill to my hotel.

I have to say, Poulsbo had left a really good impression on me. It was a cute place and I found myself smitten with it. Perhaps coming here after spending time in three cities was ideal and a good change of pace to this trip. I adored this little gem in Washington and I’m glad the wedding had brought me here.

Speaking of the wedding, the plan for the evening was to meet up with Maddie and Cassie and have a fun evening with various wedding guests before the big day. However those beers had taken their toll and Haleigh arrived back at the hotel to find me zonked out on the bed.

In the end we bailed on doing anything and just had a relaxed evening together, which was nice as we’d not really spent any real time together as yet. It was nice to just hang out, it was also nice being back in Washington. Poulsbo had got the weekend off to a great start but tomorrow, well that was the day of the wedding!

P.S – if you want to read about what else I’ve got up to on this trip you will find links below!
Day one – Chicago bound
Day two – exploring Chicago
Day three – Minneapolis
Day four – Why I visited Minneapolis!
Day five – New Orleans!
Day six – The real New Orleans!
Day seven – Goodbye New Orleans, Hello Washington