A lovely afternoon in Peterborough!
Not shown my face for a little while so here's a little flashback to last weekend in Newcastle 😊
A day of wandering around Peterborough 😊
Quayside is the place to be on a Sunday in Newcastle! 😊
Spending the weekend "up North" - Newcastle is a cracking city 😁
After six weeks in the US and then immediately catching Covid, it feels quite nice to get out and about again. 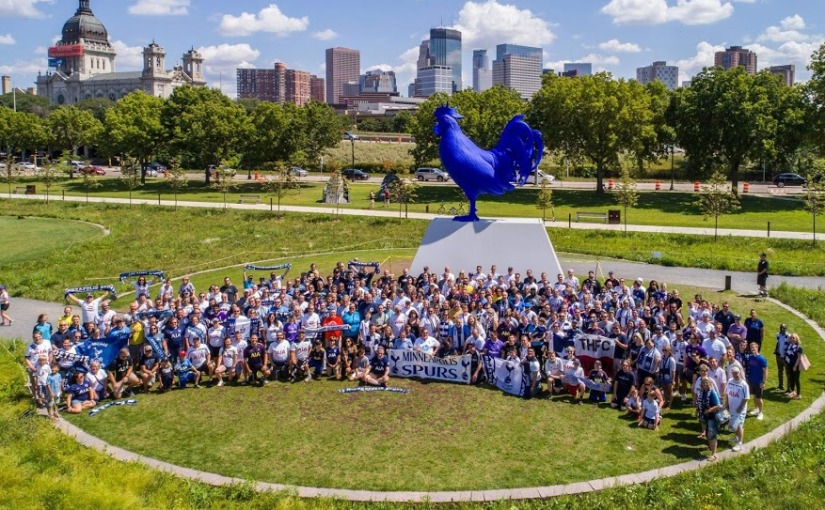 Count yourself lucky maybe. It’s no secret that I’m a big, big Tottenham Hotspur supporter but it isn’t often I specifically post about football on here. Today’s the exception.

My rants on football elsewhere are “legendary” of course. Myspace, Facebook, Tumblr and other platforms over the years have seen many a tirade at the expense of football or Tottenham Hotspur – let’s be honest, it’s usually both!

Football is so, so important to me. I reject any claim that it is only a game. Football and Spurs in particular are such a big part of who I am, I can’t overstate just how significant an impact that football has had on my life.

I’ve always been quiet and reserved. As a kid I was very much a shy individual who never felt like he really fit in anywhere and some of those insecurities still remain as an adult. I’m much less shy than I was as a child but I’m still introverted and I still question where I fit in. What relevance or importance does my life really have? Do I matter? Do people really care or is it closer to pity?

FYI – no need to panic here, I’ve got quite good at reassuring myself of my presence in the world when I have those doubts but it’s just a small insight in to the person behind the post / blog.

As someone who considered himself an outsider or a misfit, football became an environment where I felt comfortable and found some sort of belonging. I discovered a world and a community in which the most important thing was your love for the game.

That’s not to say football is entirely inclusive and without discrimination but to me it always felt like people cared less about who you were and more for “who” you were. The moment of truth.. “who do you support?”

I immersed myself in to all things football growing up. From playing football on the tennis courts to swapping football stickers in the playground, I was obsessed with every aspect of the game.

That passion has evolved countless times over the years and football has undoubtedly been one of the biggest influences on my life. It has strengthened bonds and relationships, it has helped me make and maintain friendships and I’ve watched football in more than ten countries now.

The reality is that if you have any interest in football, we’re much more likely to get along because it’s something I’m comfortable talking about. It’s my easy “small talk” go-to. Travel of course would be another but it doesn’t quite match up to what football has given me.

Some of the highs (and lows) I’ve experienced because of football are unrivaled and I’m not sure I could ever replicate those euphoric moments where it just switches in a second. That night in Amsterdam is one that will live with me forever and there are no words that could ever do it justice.

I knew there would come a day where I’d end up packing it in but not like this! Events in the last 24 hours have seriously tested any ties I have left with Tottenham. The club have put me through every emotion over my 32 years on this planet from the most incredible highs to the most gutwrenching lows. I’ve been embarrassed and angry more times than I care to remember but I’ve never been this angry, I’ve never been this embarrassed to be associated with this football club.

Late last night Tottenham announced themselves as founding members of a new “European Super League”. Proudly declaring themselves as footballing royalty! One of the 15 super clubs of Europe who’ll sit perched at the top of the game for eternity.

A competition exclusive to the self-proclaimed best of the best – qualifying on name and reputation alone, opposed to any sporting merit.

It’s disgusting, disgraceful, arrogant, selfish, elitist, self-serving, plus a million other terms I could use and so out of touch with football supporters in this country. So disrespectful to 150 years of football and history in this country.

Self-proclaimed “super-club” – are you taking the fucking piss!?

Twelve football clubs among the tens of thousands playing across the entirety of Europe have decided that they have the divine right to be at the top of the pyramid and have put every measure in place to ensure they remain there. Twelve football clubs!

Let’s completely overlook the existing disparity in the game that already makes it a monopoly in favour of these arrogant football clubs, they want to widen that gap without any consideration to sporting achievements and what happens on the pitch?

The arrogance is astounding and this includes MY football club? Anger doesn’t go far enough. I didn’t sleep last night. I can’t fathom how anyone can lack the empathy for anyone else in football (or society for that matter). It’s so incredibly self-serving and selfish! This is what’s best for Tottenham Hotspur, to hell with the rest!

For what it’s worth, I don’t think these plans will actually materialise. There will be so much opposition from footballing authorities, football fans, individuals within the game and the government that I truly believe it will fall flat on its face but the intent is damning enough. The intent to fuck over the rest of football and the countless communities that rely so heavily on their local football club – wow, hang your head in shame Spurs..

I’ve suffered a lot of the greed in football over the last 15-20 years but this is just one step too far. It defies everything I believe in and I genuinely struggled sleeping last night as I pondered over and over about exactly how despicable and disgraceful this is.

The romance of the game is that anyone, theoretically, has the opportunity to compete and succeed. Realistically that isn’t actually accurate and there is a disparity between the biggest football clubs and those further down the pyramid but theoretically, if you overcome those stumbling blocks you reap the rewards. Ultimately there’s an integrity to the sport that your success is defined by what you do out on the pitch and you earn your place.

Proposals for that to change to monopolise the game in favour of the self-proclaimed royalty of football is something I just can’t accept. It’s immoral, it’s selfish and for the umpteenth time I’m just so angry and incredibly embarrassed to hold any association with Spurs right now.

I can’t picture my life without football but it’s time for me relinquish the season ticket and bow out. I refuse to support a club that has no care for anyone but themselves. Football without its fans and communities is NOTHING.

My sincere hope is these football clubs are sufficiently punished and humbled. Additionally I hope these owners are run out of football.

I’m so thankful for the memories I’ve had following Spurs but, for the short-term at least, it’s a goodbye from me!

P.S – it’ll be back to travel next time on the blog