and that's a wrap on 2022! So thankful for the experiences this year and all of you that have contributed to making it another great year.
Merry Christmas people!
Starting to feel quite festive. Enjoyed a bit of "Christmas Magic" tonight courtesy of @peterborough_cathedral @peterboroughmvc @peterboroughvoices and more 🤗
Didn't take many photos last week but here's a few.
Washington is pretty! Arrived to find snow in Walla Walla too 😊
@haleighdowning looking for my flight to see if I've landed yet 🧐 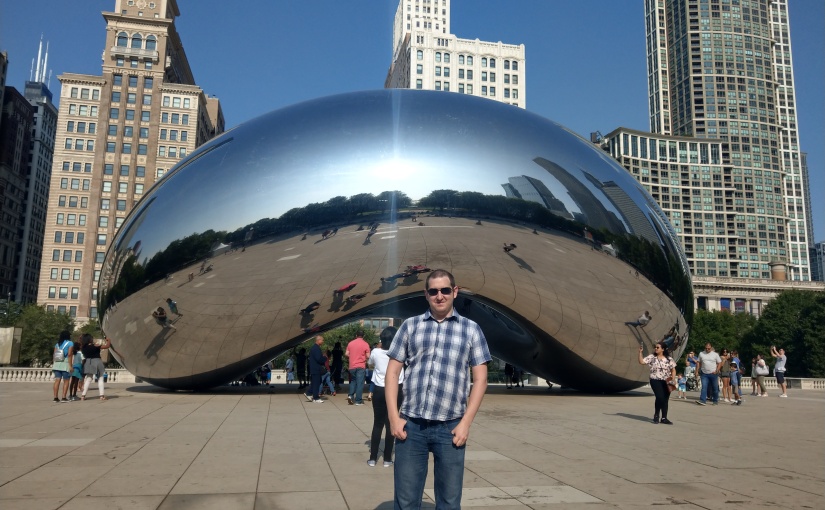 Well, things are “back to normal” on the blog. Whatever normal means in the current Coronavirus era. Last time out on the blog I rounded up my time in Washington State, reluctantly announcing I’d be returning to England four weeks early. I’m sad to be home but I’m pleased to at least say I made it back safely. So I’m “back to normal” and blogging in England after a number of weeks blogging Stateside.

Before I get on to today’s topic, I suppose I’ll answer the question that’s on your lips. What is it like flying during the Coronavirus pandemic?

I might actually do a blog post in much more detail about this but it’s obviously pretty weird. With so many travel restrictions and flight cancellations right now, everything about it was much quieter but also smoother. Ironically aspects of it were perhaps even more preferable than usual.

I’m not suggesting to book a flight somewhere and go travel right now but there were definitely perks to traveling at this moment in time. It’s probably a better social-distancing exercise than something like grocery shopping with countless people in close confinement haha.

Anyway I’ll leave that story for another time. My Washington trip may have come to its conclusion early but that’s not to mean that there is going to be a decline in USA-related blog content, the opposite infact!

I promised my upcoming posts would be dedicated to my BIG summer trip of 2018. Long time readers will remember various posts in anticipation of my “Big 3-0” trip, which finally saw me settle on a rough itinerary in this post here.

For those yet to read it, let me summarise the plan for you. I would be spending 30 days in the USA. A trip that would see me visit six states, celebrate two friends getting married and also celebrating my own 30th birthday, hence the title of “The Big 3-0”.

I was leaving England on July 28th as a 29 year old and landing in England on August 27th as a 30 year old. The wait for July 28th was excruciating! For a month long trip it was worth it but I’d not stepped foot in an airport since February!

One hundred and fifty days ago to be exact, not that anyone was counting. Five painstakingly long months for this spoilt little brat who wasn’t used to going so long without a “proper holiday”. Short trips to Manchester, Lincoln and Lille had fed my fix of wanderlust but finally my “struggle” was over. It was time to return to Heathrow for my flight to Chicago!

I’m credited with being an experienced traveler now but just five years earlier I was incredibly nervous and unsure of myself going to Sydney. I didn’t believe I could do such a trip, certainly not by myself and it took me so long to find the courage to even book that trip.

That journey began with me waving off family and my dad then driving me down to Heathrow. My dad got a photo of me outside Heathrow before waving me off and, looking back, it’s noticeable how nervous I look in that photo (see above!). I was going to bloody Australia by myself – a million miles away or close to it at least. Google suggests it’s “only” 10,000ish.

Here I was five years later and reminiscing. I waved off the family and me and my dad got in to the car for this, now, all too familiar journey. Unlike Washington’s mountain views or California’s gorgeous Highway 101 drive, this was a bog-standard trip down the A1 I’ve done countless times. There’s nothing to look at, nothing remotably interesting about the drive down to Heathrow. We made a pre-airport stop off at McDonalds which kicked off my American trip in proper fashion.

Shortly after I was saying my goodbyes to my dad at Heathrow, this time with no nerves. As I said, the contrast in five years was mind-blowing in many ways but at the same time this was now what I did. I was the traveler of the group – be it family, friends or colleagues. I’d done this countless times now, Heathrow itself was becoming all too familiar and a little busier than normal. The fact it was the first weekend of the summer school holidays probably played a part.

Nevertheless I was soon “on the other side” and through security before submitting to typical “British etiquette” of any holiday – off to the nearest Wetherspoons!

Forget tea and crumpets with the Queen, if you want a real insight in to English or British culture then the affectionately named “Spoons” is the place for you. The bar is inevitably always the busiest place in a British airport and I wasn’t about to break tradition and have my passport revoked. I ordered myself a second lunch, accompanied alongside a pint of Brewdog’s finest.

The next however many hours passed by with little to tell. It was a standard flight, the only real memorable point was watching the film ‘Black Panther’ on board. Eventually we’d landed at Chicago’s O’Hare airport and I prepared myself for another round of “fun and games” with the US border control.

This was, at the time, my 10th visit to the US and you never really know how the experience is going to go. Sometimes it’s a breeze, other times you’re being whisked off for interrogation because you’ve failed the first round of testing with border control.

This experience went smoother than some of my other visits. Although the officer looked just about ready to stamp and return my passport to me before he caught me off-guard and asked how long I was visiting for. I obviously advised him I was here for 30 days.

and there it was. Hesitation! I knew 30 days was a long time for a holiday so I was now bracing myself for another round of the border control hospitality. However it seemed to be my lucky day and despite a raised eyebrow he sent me happily on my way. I’d escaped unscathed!

It was about 7pm by the time I’d got through and collected my luggage. I didn’t want to waste any time in exploring, given my limited amount of time in Chicago, so I made a quick exit and hopped in a taxi to take me to my hostel.

My first sight of Chicago was a beautiful sunrise peering through the window of the taxi. However my first real impression of Chicago was the noise on the road and the endless honking that followed us.

Admittedly that might have been a one off and purely because traffic laws seemed to be somewhat of an inconvenience to my taxi driver as we repeatedly weaved from one lane to the next effortlessly and with little notice. I tried to focus less on the honking following us and more on the sunset before he pulled up outside of my hostel – to his credit, still in one piece!

I quickly checked in and then pondered where I could grab dinner. One place I was keen to visit was Navy Pier and I was hopeful that in being by the water it might have good food options. I thought I’d see on Google Maps how far it was from where I was staying. Fortunately it didn’t look too far to walk. Better yet, flashing up on the map was notice of a firework display at Navy Pier tonight!

Anticipation of my visit to Chicago was so high that they’d arranged a firework display in honour of my arrival! Or, you know, it may have been completely coincidental (psh!) but either way it had cemented my plans for the evening.

I walked down to the pier area and there was definitely a bit of buzz in the air. My search for food however was a little less promising. I either couldn’t find anything that took my fancy or the queues were so long that I was too impatient to wait. I figured I’d enjoy the fireworks first and worry about eating after.

The turnout for the firework display was quite large. People were finding a comfortable viewing point to admire the imminent fireworks to light up the sky. All jokes aside, it appears that during the summer months there is a firework display on every Wednesday and Saturday at Navy Pier. It was just good fortune on my part that I knew nothing of this prior to visit so it was a nice last minute surprise for me.

The firework display itself was actually pretty short. I think I timed it at around 10 or 15 minutes but it was still enjoyable to watch and also a good way to kick off this trip. I couldn’t have wished for a better start or welcome to America.

Everyone dispersed from Navy Pier pretty quickly following on from the fireworks, all heading off in their own direction. I personally decided to just head back to my hostel and call it a night. I was a little resigned to not eating before bed and just getting a good start to the next day. However across the street from my hostel I discovered a “Shake Shack”.

Shake Shack hasn’t really taken off in the UK (yet, but surely will?), with only a handful of UK stores so for anyone not familiar with the fast food chain they specialise in American classics such as burgers or hot-dogs. I’d only previously been to Shake Shack once, back in New York City in 2016, but reminiscing of the good food on that trip was enough to tempt me in and get a late night burger and a milkshake.

After eating I was tempted to swing by the hostel bar and attempt to make some new friends. However it was probably around 11pm by this point, effectively 5am UK time as far as my body was concerned so I was flagging a bit.

Had I been in Chicago longer I might have made a different decision but I wanted to ensure I got an early start the following morning and a hangover wasn’t going to help me do that. I sensibly headed up to bed, feeling excited to get a proper look around Chicago tomorrow.

More on that to come in day two! Stay tuned!