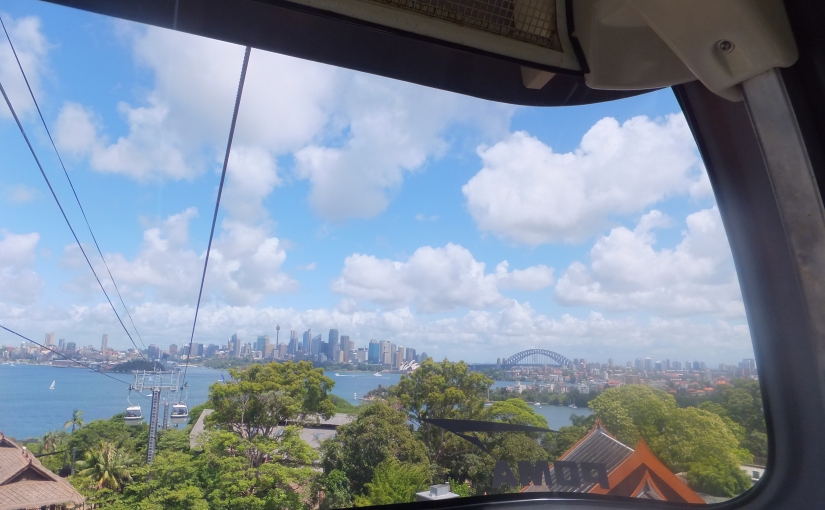 A family friend that moved out to Australia 25+ years ago was visiting England recently, it was a great chance to meet up – particularly for my parents and “the old gang” to reminisce of their youth and share stories from the past.

It got me reminiscing about my trip in the opposite direction. In February 2013 I made the trip down under to visit Sydney for a couple of weeks.
It quickly became a city I fell in love with so let me tell you why and what to expect if you make your own trip!

I kick-started my trip with a ‘free’ walking tour. As a relatively new traveler at the time, this was the first of these I’d done. They’re common in most major cities and really help you familiarise with where things are in the city. They tend to cover most of the main sights and give you more information about the city and its history.

This particular tour was hosted by I’m Free Sydney Tour which included a city map and a bunch of recommendations/tips for your stay – both very useful and I’d thoroughly recommend using them in Sydney (I believe they run one in Melbourne too).

The highlight of the tour was my first viewing of Sydney harbour. A real wow moment to see it for the first time and a part of the city I frequented often over the two weeks.

The best view of the city I found was surprisingly at Taronga Zoo across the harbour. It offers great views of Sydney’s skyline, opera house and harbour bridge – worth the admission price alone.

This was my first solo trip abroad – terrifying but I quickly felt right at home in Sydney. The fact it’s an English speaking country was a big help but the reality is that the people are incredibly friendly and make you feel welcome in Sydney.

True to its stereotype, Sydney felt very laid back and the atmosphere in the city and amongst the locals reflected that – particularly in the evenings!

Unsurprisingly this didn’t disappoint. A personal highlight was meeting up with the family friend for an evening and enjoying Sydney’s nightlife. Sydney’s opera house has a fantastic outdoor bar overlooking the harbour which is perfect for watching the sun set.

I particularly enjoyed the atmosphere in an area known as “The Rocks” with its many bars but Australians love their beer as much as the English so wherever you end up for the evening, you’re likely to have an enjoyable time.

As you’d expect from any big city – Sydney caters to everyone whatever your interests are. Australians love their sports and have several options including Cricket, Rugby, Tennis, Football (Soccer), Football (Aussie Rules) and much more.

If live music is more your scene you’ve got either the high-end with a world famous opera house or something more casual with plenty of bars playing music throughout the week and over the weekends. If you can’t watch a show you’ve got the option to do a tour of the opera house instead. Sydney also has a number of museums and other attractions to entertain you plus plenty of places to dine and shop!

Home to the kangaroo, the koala bear and more species that can kill you than any other country in the world means that Sydney has a lot of locations where you can see them. The Featherdale Wildlife Park was a favourite, a little outside of Sydney itself but if you’ve got a car then certainly worth a trip to have kangaroos hopping around at your feet and a chance to get up close with Koala bears.
Closer to central Sydney you’ve also got zoos and aquariums.

Whether it’s enjoying one of the local beaches or just wanting to admire the view over the harbours, Sydney is a great place to just admire the planet we live on. Also home to a number of parks and gardens in often sunny climates means there are few better cities enjoyed from outdoors.

A little outside of Sydney are the blue mountains which make for a great daytrip. Within Sydney, close to Darling harbour, I’d also personally recommend visiting the Chinese garden of friendship – a little gem I thought that perhaps wouldn’t be on your list.

Have you been to Sydney? What were your highlights?
Feel free to share them or alternatively if you’re planning a trip then feel free to ask for recommendations / tips.